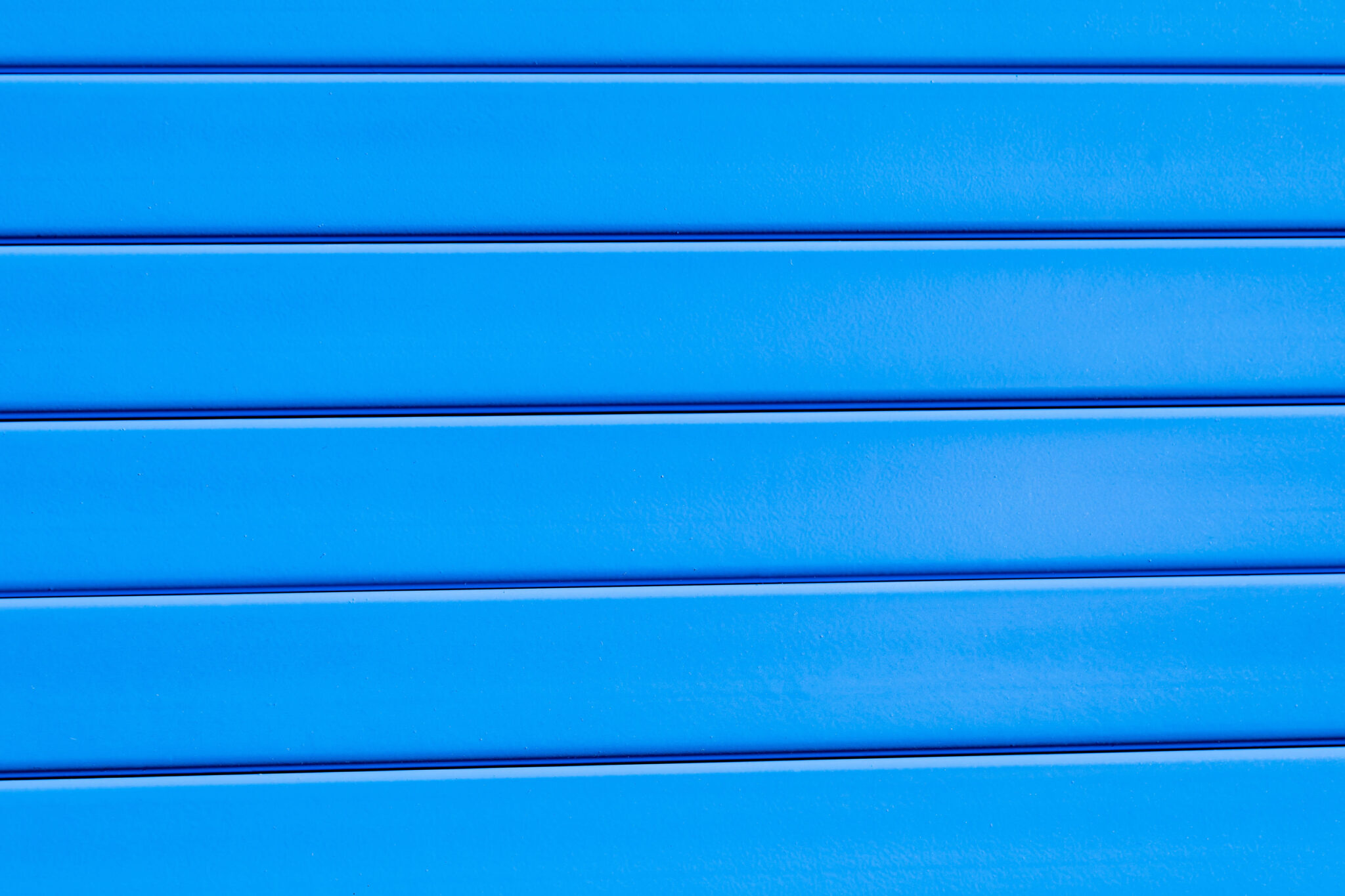 An example of a powder-coated item, with a smooth finish

What is powder coating?

The powder coating Industry supplies an industrial painting process with many coating applications. Its typically used to coat metal objects of any size, including sizeable architectural powder coating projects, with a smooth, durable finish. 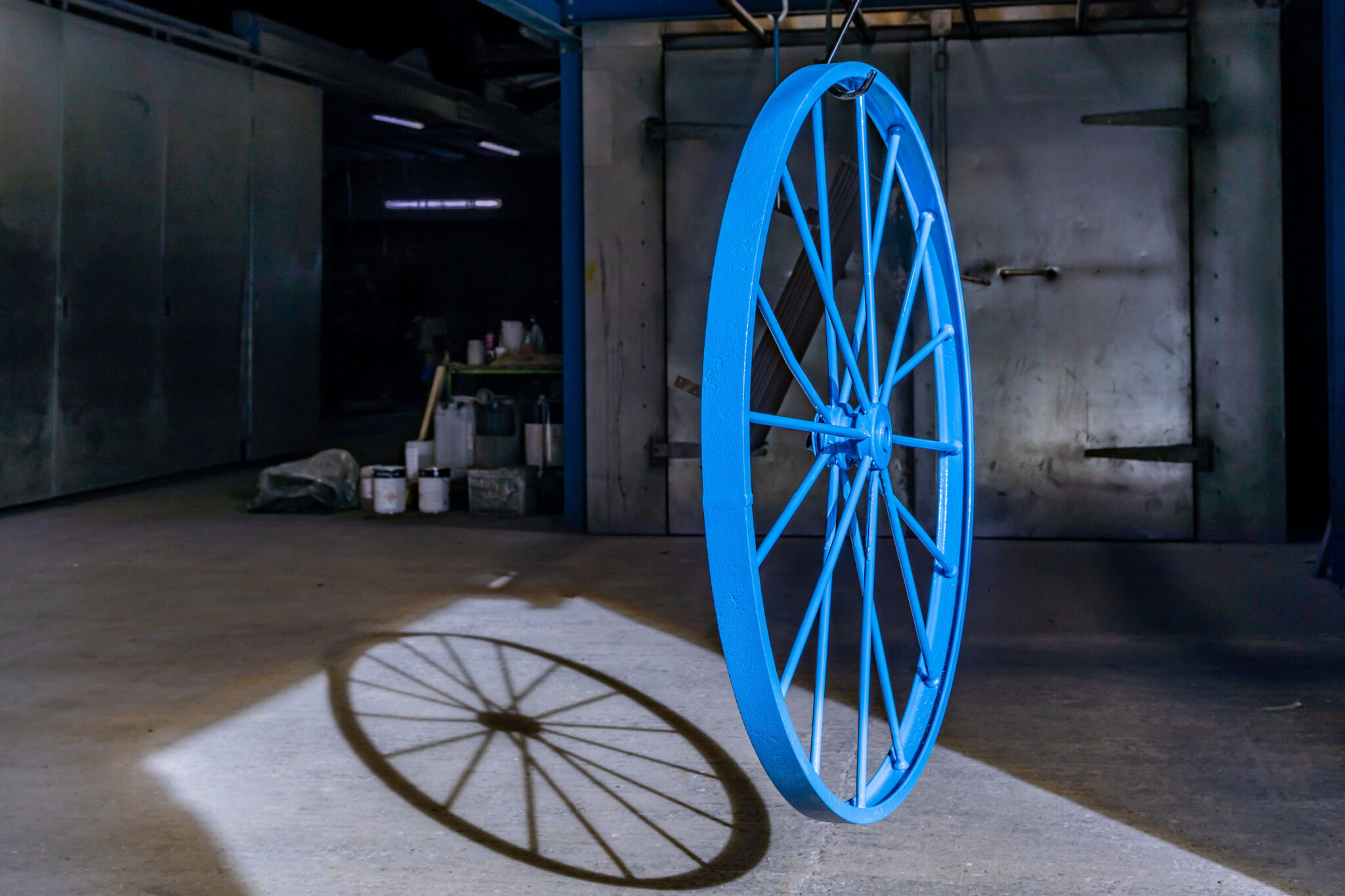 The history of powder coatings

In the early 1940s, the first form of powder coatings started to be developed. This was flame sprayed, and polymers were ignited to melt the paint onto metallic bases. This technique melted the paint material onto the surface, creating the first thermal coatings.

In the 1950s, a German scientist, Dr Edwin Gemmer, developed and patented his fluidized-bed process for thermosetting powder, and this methodology remained popular for about ten years.

In the 1960s and 1970s, powder coatings techniques continued to advance because of greater demand from manufacturing. However, the Liquid paints and finishes released a significant amount of solvents that were attracting attention from an environmental standpoint. The powder coating process involves no solvents, emitting little to no VOCs.

Dutch scientist Dr Pieter de Lange watched French manufacturers spray tires with talcum powder. De Lange adapted the electrostatic sprayer and created powdered materials that could be positively charged for applications — the birth of the modern process and still the principles of what is used in current power coating operations. 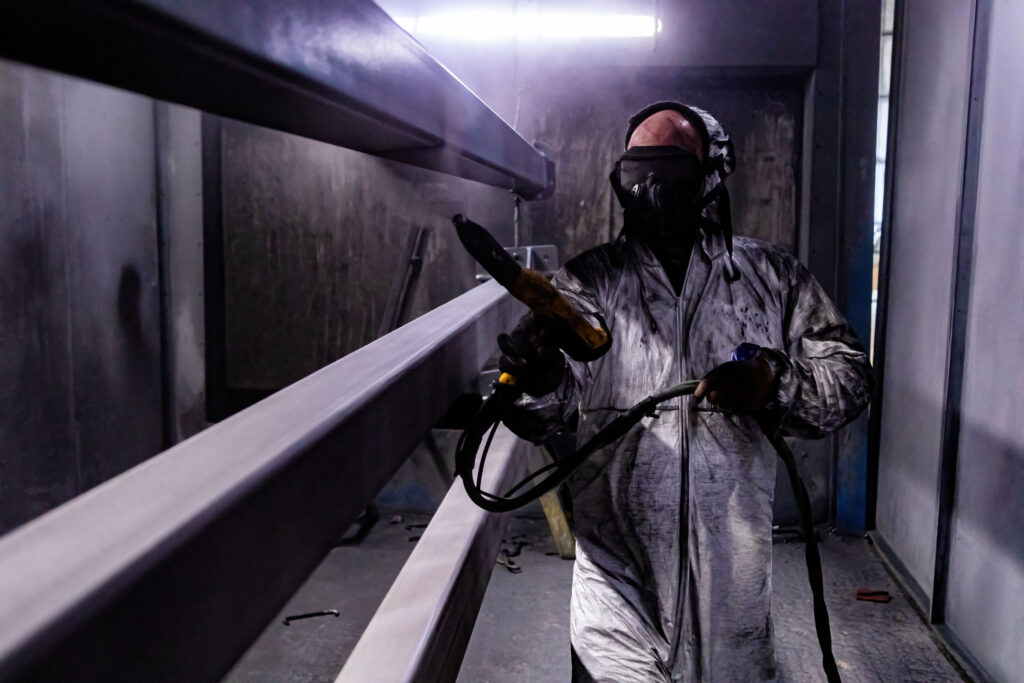 Powder paint being applied from the spray gun

How does powder coating or coating powder work?

The simple answer is that it’s paint, in powder form. But there is a lot more to it.

Let’s start with the paint; it’s not just liquid paint with the solvent taken out.

It’s a polymer resin and combines pigments, levelling agents, flow modifiers, curatives along with other additives to form the powder. All ingredients are mixed and melted before being cooled, then ground into the finest powders. In terms of texture, the powder feels like very light talc or fine flour.

It works because of a process called ESD (Electrostatic Spray Deposition).

The item to be sprayed is usually hung on a metal runner and using metal hooks (pictures above); the rail is earthed or grounded. A spray gun applies an electrostatic charge to the powder particles, and when sprayed onto the grounded items, the powder is attracted and sticks.

This makes powder coating the perfect application with items that have decorative designs that are hard to coat with traditional wet paints. Because of the static, the powder gets into all the hard-to-reach areas, giving superior coverage.

The items are then moved into a curing oven, where heat is applied. When heat is applied to the metal item with the powder it starts to cure, and a chemical reaction starts and makes longer molecule chains, resulting in a higher chain-link density. When fully cured, this leaves a durable finish.

The critical thing to understand about the coating process is that you are not directly trying to heat the powder when it’s in the oven, you are heating the metal, and most powders will need the metal temperature to be heated to 180 – 200 degrees centigrade for between 10-20 minutes, depending on metal thickness before its cured. 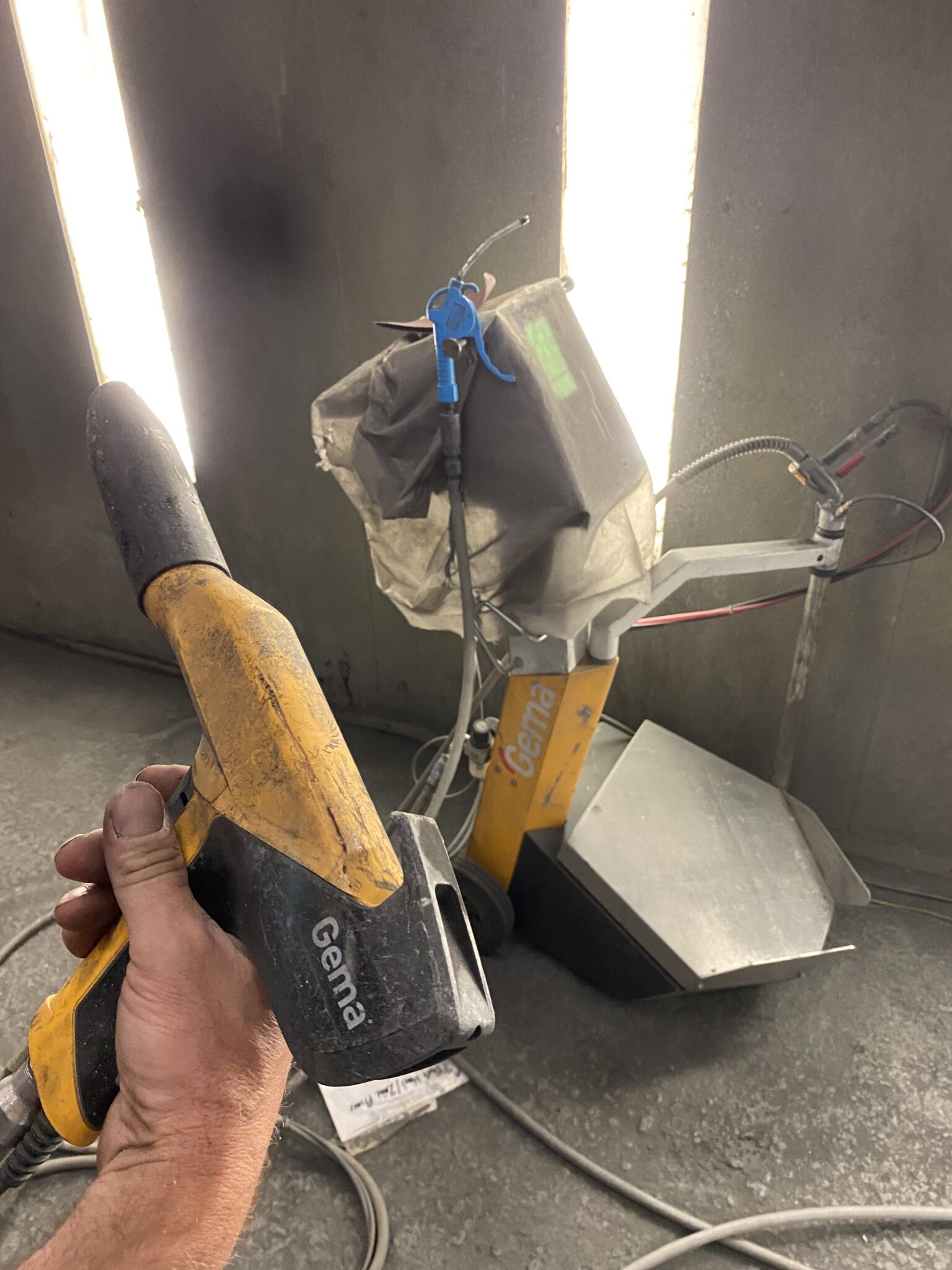 What other processes can be involved in coating powder or powder coating items?

The first process is clean the sub straight; this is usually done by shot blasting, also known as grit blasting. When you shot blast, tiny metal particles are fired out of air compressed gun at least 100 PSI to remove any rust, dirt, or previous coatings. This will leave a clean, rough surface for the subsequent coating.

If an item is used outdoors or in a wet environment where rust and corrosion can be a problem, then galvanising the product is necessary. If you require a smooth finish, it’s recommended that you use Hot Zinc Spray. 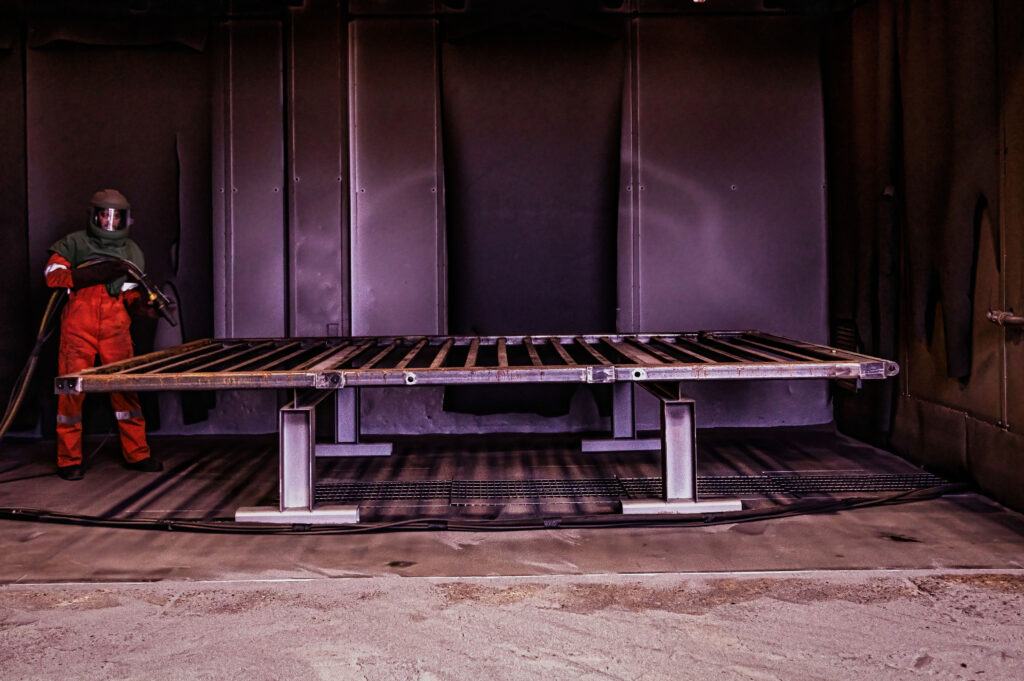 A large gate being shot blasted

Once the item has its zinc layer, it’s ready to be powder coated. Usually with an undercoat and the at least one layer of topcoat depending on the desired finish.

There are many powder coating finishes, and you can have any colour you want from the British standard colour charts BS4800 and BS381c and the full range of RAL colours. 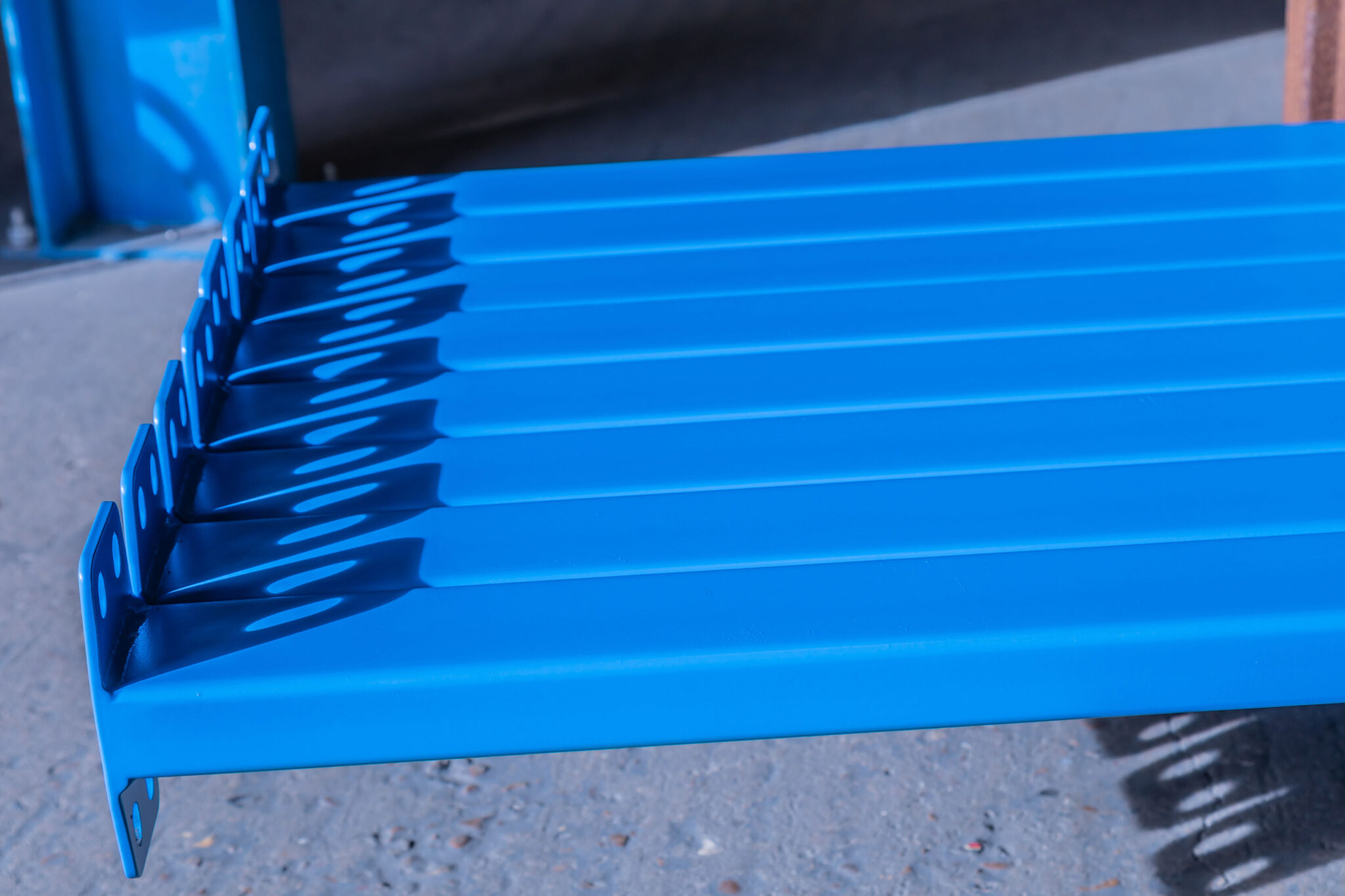 Another example of a nice, uniformed finish

Compared to liquid coating methods, here are some of the benefits of powder coating

There are also some limitations to the Powder coating process.

Overall, powder coating is just one method by which an item can be coated, and it’s always best to ask a professional like us at NSP with over 22 years of experience to recommend what coating application is best for your item and budget. 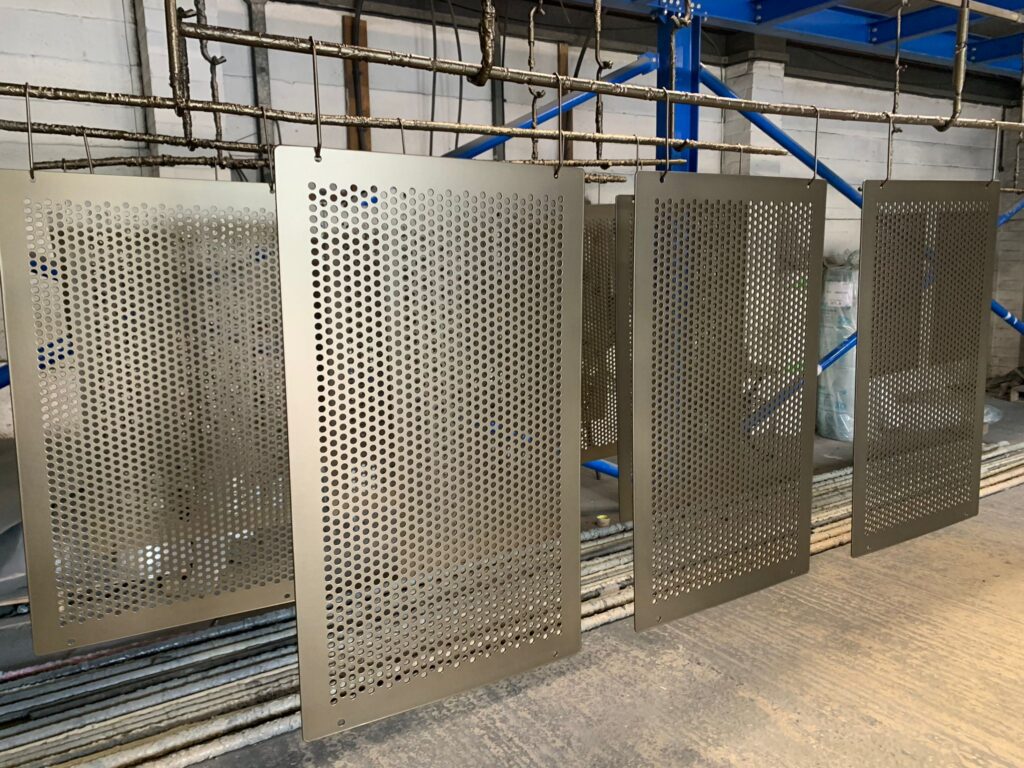 Find out how we can manage your collection and delivery.

What is intumescent paint?

What is shot blasting?

What is wet paint spraying?